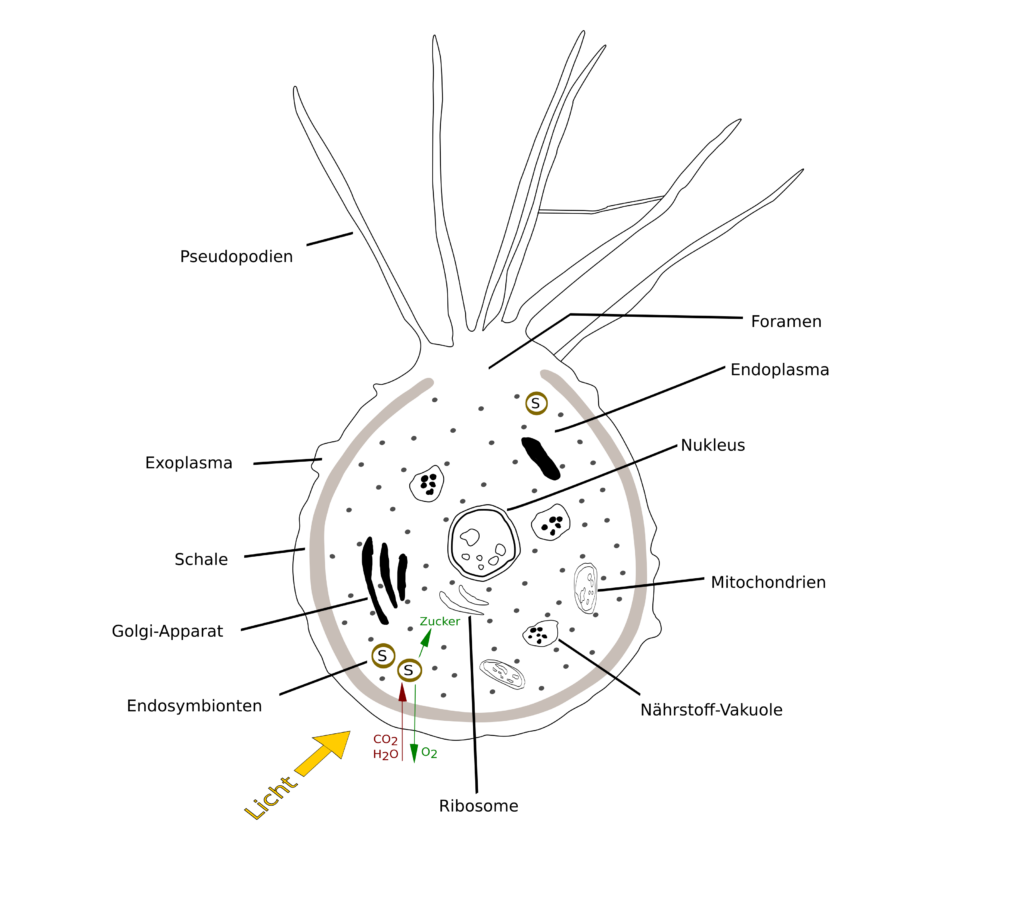 Foraminifera are unicellular organism, which develop a unilocular to multilocular shell. Foraminifera are the stars of the project FORALEX (foraminifera low earth orbit EXperminet), where we examine the behavior and the growth of the test under microgravity.

Foraminifera are unicellular organism and belong to zooplankton (floating in head of water) or to Zoobenthos (living on seabed). There are 3 basic forms: organic, agglutinating and test secreting foraminifera.

Benthic (this means that they are living on or near the seabed) foraminifera have pseudopodies, so they can move on the ground with a speed up to 1 cm per hour.

How tall are they?

What do they eat?

They are a primary consumer. This means that their type of nutrition is heterotrophic – e.g. diatom, flagellates or small crayfish. Some species form a symbiotic relationship with algae. The algae is protected by the test of the foraminifera and provides them with fotosynthetic products.

What does the name mean?

How do they look?

The shell is unilocular to multilocular shell and is egg-, bowl-, tube or spiral-shaped.

How do they build the test?

Ectoplasm gets through the aperture and develops a layer around the test. It retires the test wall. New chambers are always developed at the last aperture, therefore all chambers are connected.

Carbonate shells are made by secreting calcite.

Where are they living?

Mostly, they are living in the sea. You can find them in every ocean all over the world. Benthic species, which conduct photosynthesis, are living in the shelf zone, where light can touch them. But some Foraminifera also live in the deep sea – about 10.000 m deep.

How long do they exist?

When where they found by humans?

1839  D´ Orbigny systematically described a large number under the microscope.

In 20th century J. Crushmann found foraminifera as a key fossil to the oil boom. They became important fossils for the exploration of oil due to their global and long-living appearance.

Which information do they store?

In many carbonate tests you can see a deterioration in living condition, i.e., you can observe dwarfism and an increasing suppress of surface sculpturing. That’s why you know about their environmental conditions by examining their behavior and biomineralization.

Fossil Foraminifera store important information for palaeontology. Their age can be detected through isotopy or morphotype. Moreover, they are important microfossils for Biostratigraphy and Paleoceanography. Palaeotemparature and depth of water and mightiness of the photic zone can be reconstructed. But there is more – foraminifera are giving important hints about salinity, alcalinity, nutrients and oxygen.

How are their origins? 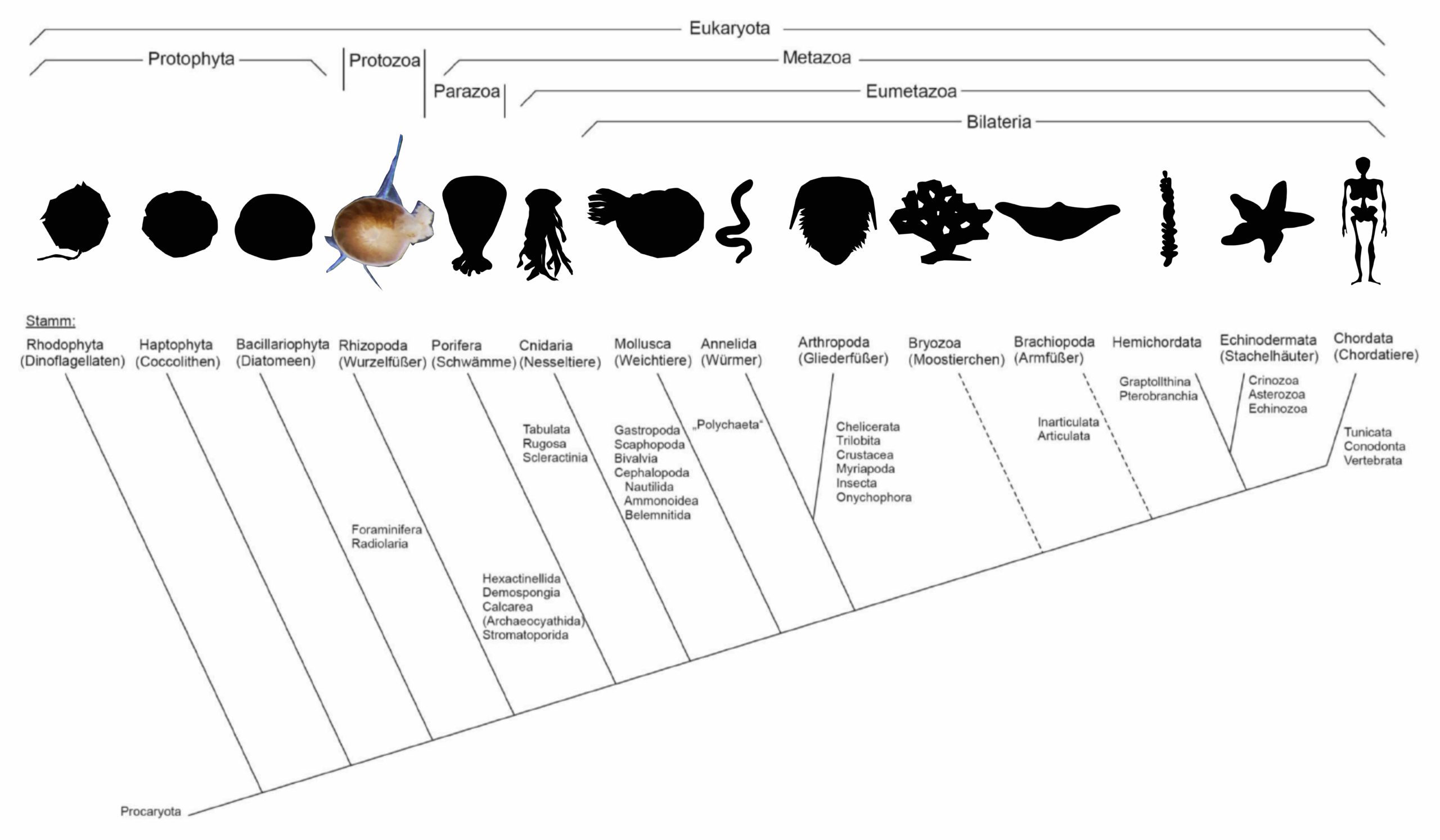 Do they have environmental meaning?

Foraminifera are relevant to biology. They are important parts of coastal ecosystems (i.e. for carbon and nitrate cycle)

Being the dominant producers of sediment in the areas between coral reefs they are stabilizing the coast. Larger species produce 0,5% of carbon worldwide. Planktic foraminifera are regarded as the most meaningful producers of carbon with 20% yearly.

Moreover foraminifera are used for biomonitoring. Species with and without symbionts have different demands on their environment – that’s why geologists can i.e. draw conclusion to the quality of water.

Which species are we examining ?

Amphistegina lobifera (Larsen, 1976) belongs to order Rotaliida, which has a hyaline calcite test. That means, that the shell is transparent. They are living on the seabed in the photic zone. Their nutrition is heterotrophic, but they are also using photosynthetic products of algae.

Why are they interesting?

We want to examine how they react tp the stress of a launch by a rocket and if microgravity is reflected in their behavior and the mineralization of the carbonate test.