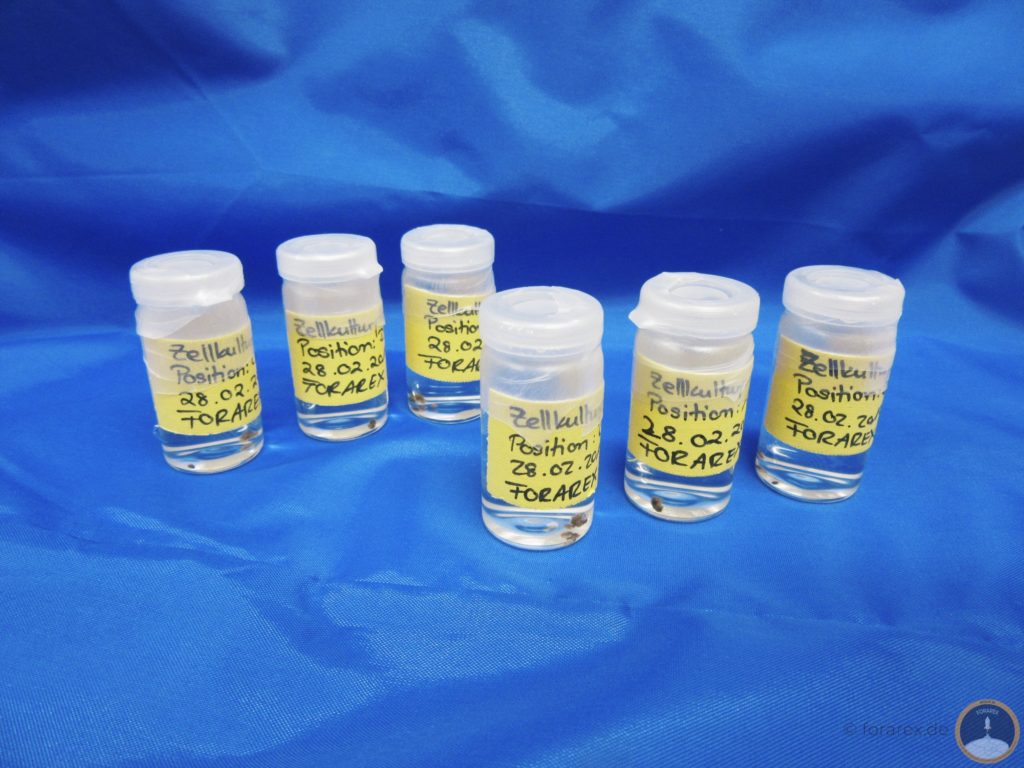 Some of our foraminifera travelled towards space with REXUS 25. On 11.03.2018 at 10.20 the sounding rocket launched from SSC Esrange Space Centre in Northern Sweden. The rocket reached a height of 82 km. That means that the border between thermosphere and mesosphere was crossed for a short time. This border is one definition of the beginning of space – so our foraminifera reached space!

Preselection Of Foraminifera in Bremen

The selection of the foraminiferas travelling with us to the Launch Campaign in Sweden was made carefully in our laboratory in Bremen. All the chosen foraminifera were documented, measured and photographed. Without this no further evaluation or comparison would be possible. We also measured the PH-value of the sea water and SrCa. The foraminiferas were packed and put into a box safe enough for a long travel. Greta and Christoph, who are part of the biological team, travel with this box in a train from Bremen to Kiruna to avoid traveling by plane with them and other sensitive parts of the experiment. The future astronauts as well as Greta and Christoph got through the train journey lasting several days well.

Arriving at SSC the BioLab was installed. That is where all further biological tasks were done. It is important that the foraminifera feel well and calm down from the stressful journey before flying to space. You can read more about how the foraminifera got into the rocket in another article. name of our astronauts

Now we just needed to choose which foraminifera would travel with the rocket. The group staying on earth was a control group. Without them, now further comparison or evaluation of the data would be possible.

Naming the astronauts was not our task – it was yours! You voted for two names, one female and one male. Thanks for participating! The announcement of the names was there shortly before launch. We filmed this special moment.

The chosen names were Fibi and Thor! You can find the detailed result here.