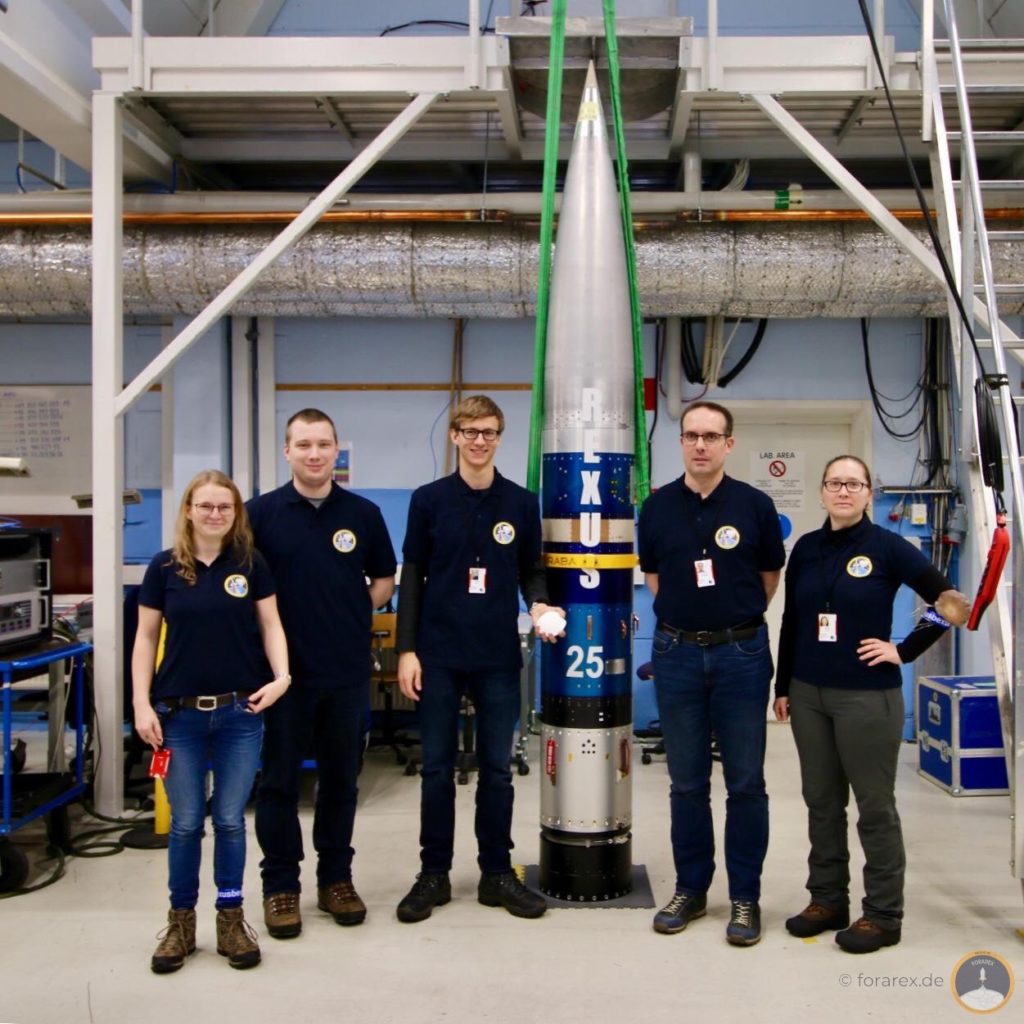 How was the rocket REXUS 25 assembled with all of the experiments?

The main part of our experiment was send beforehand in a huge package to SSC.

Nils and Kay were the team members that traveled to Kiruna for the technical part of our setup. Arriving in Kiruna they assembled the technical work station on which the following tasks were prosecuted. They gathered the materials and talked about who would do which task.

Test of Electronics- and communication system

In advance of the launch of the rocket one need to make sure that all the requirements are fulfilled. That is why the experiments goes through different states of tests. The first one is the test of the electronics. For that we needed to prepare the experiment module and more importantly calibrate the oxygen sensor with beer!

The prepared experiment module looks like it is almost ready now – only water and the foraminifera are missing. Then the functioning of the communication system and the other software is tested. The measurement data needs to be saved reliably. For this test the experiment was put into the REXUS module and set in flight configuration. We passed both tests successfully!

The next step is one which is very important to us: the water circular is filled. Now the technical and the biological part of the experiment are connected physically.

First the module was ventilated which was not as easy as it seems.

In the next step is was filled with water. To make sure that every step is correct it was checked and conducted by two team members.

The filled module was ready for the next important part of the launch campaign week: bench test!

During the bench test many different important aspects were tested. Moreover there was wire flying around when separating the released unite of the module on the top from the rocket there is wire. That is why there is a mat to protect everything and everyone.

Not every circumstance was tested during benchtest – some we did by ourself. For example a constant temperature in the FlowCell is especially important to us. Having foraminifera on board which depend on the right temperature to live in, the isolation of the experiment is crucial. Neither the ice of Northern Sweden nor the heat of the rocket should influence the water temperature in the Flow Cell strongly.

Shortly after passing the bench test the assembling of REXUS 25 began. The different experiment modules were put together. This was tested beforehand at DLR Oberpfaffenhofen, which we filmed here for you to see.

After that it was already packed for the launch and brought to the Launch Area, where every team proudly took a group picture with REXUS 25 before sending it to space. Let the countdown begin!