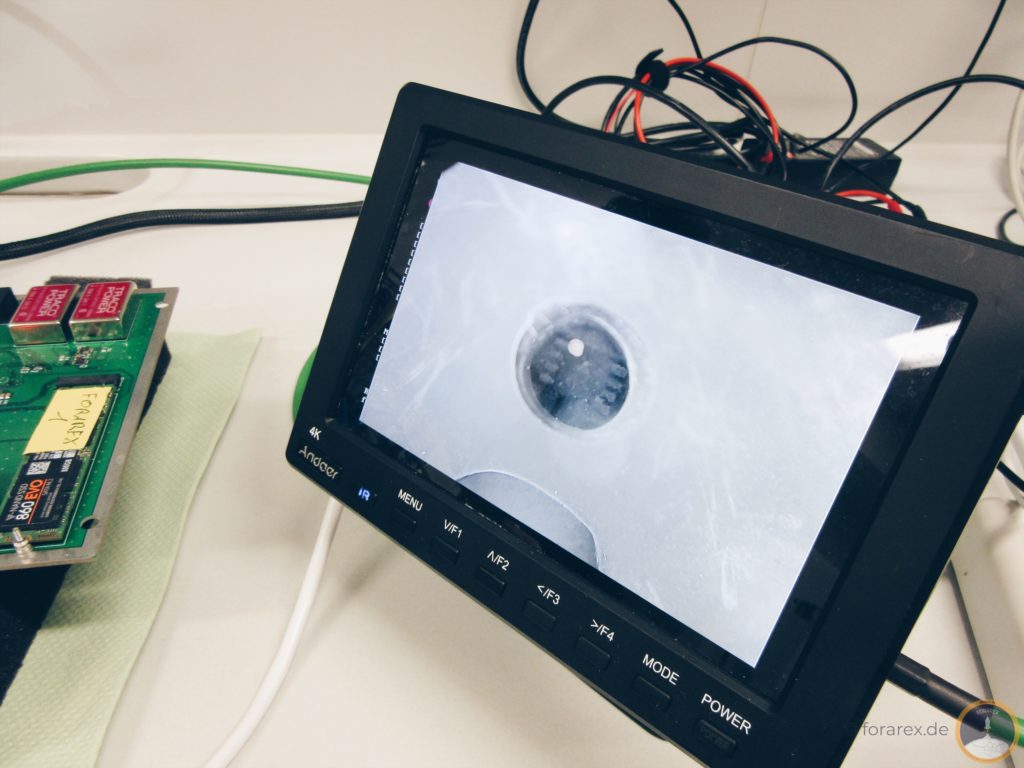 Our astronauts Fibi and Thor launched towards space and landed back on earth. But not only that – our biological team observed them for several weeks after that. Cameras were shooting, the electronics running, sensors measuring values of pH and Oxygen. We did that so we could gather information about long term consequences of the microgravity and the stress of the rocket launch.

Right now we are evaluating and analysing the data. It will take several weeks or month until results will be found.

The thing is: we cannot say anything about the consequences of microgravity on foraminifera without observing microgravity. Without having a ground control group, the validity of our results can’t be proofed. Because how could we say which effects come from the microgravity and which not?

Our ground control group needs to have the same procedure as our rocket experiment. Only one thing should be different: the main subject. Our subject is microgravity.

We are lucky to be living on earth, where we have gravity. So we already found quite a good place to start our second experiments. We are doing our ground control experiment the same way as we did in space. The foraminifera were injected into their FlowCell where they will be living for 4 weeks under strict surveillance. Sensors and cameras will collect the same data. Even the labelling of the foraminifera will be the same.

That is how we will hopefully be able to say: are there influences of micro gravity on foraminifera? And which ones exactly?

The earth-foraminifera also have names, just like our astronauts. They are: Freja and Fred! Those were the second winners of the name competition we started in march. Hope you like them!